In 1974, Robert Pirsig published his masterclass in philosophy bearing a most unlikely title — Zen and 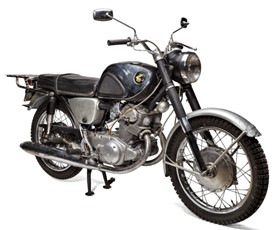 The Art of Motorcycle Maintenance: An Inquiry Into Values. It has been described as a “fictionalized autobiography” in which Pirsig explores (among other things) the “metaphysics of quality” against the backdrop of a 17-day motorcycle trip from Minnesota to Northern California with his son Chris.

I first read Zen many years ago, and I had long since forgotten about it. But during the past year, I was reminded of its insightful lessons when I began my own technological, philosophical and knuckle-scraped journey — the repair and maintenance of a classic car. I also began to consider how the lessons in Zen could be applied to the process of mediation to make it more effective and achieve better outcomes for the parties. But unlike Pirsig’s journey of enlightenment, which began in Minnesota atop a 1966 Honda Super Hawk, mine started in balmy Boca Raton in the darkest days of a global pandemic.

Prior to the pandemic, the idea of working from home seemed to be the holy grail of employee perks. However, as the pandemic dragged on, it became (for many) “too much of a good thing,” with people desperately seeking out ways to make the massive amounts of time spent at home more fulfilling and less, well, boring.

Some turned to breadmaking, causing a spike in demand for yeast rivalled only by the Dutch tulip market bubble of the 1600s (at that time, the best examples of tulips cost upwards of $750,000 in today’s dollars). Still others took up crafts such as knitting and scrapbooking (Michaels reportedly saw a 150% increase in viewers on its Facebook Live tutorials). And then there were those entrepreneurial souls who rolled up their pajama sleeves and dove into an exciting new pastime — gambling (I mean, “day trading”).

For me, since I’ve always been handy with a wrench and fascinated with cars, I decided to buy an old car to work on. Since I know my limits, the key was finding something that needed (a) more than a good wash/wax, but (b) less than a total engine overhaul. I was determined that this would not be a repeat of the 1975 MGB I owned in law school, which featured a see-through floorboard, a shaky steering rack and an electronic overdrive that seemed to work only when the New Orleans humidity was “just right.”

I found my car (a 1984 Porsche) in an online classified ad and bought it sight unseen, since flying to New Hampshire was out of the question in light of COVID. I did, however, talk to the mechanic who had been taking care of the car for the past 20 years at a small garage in Exeter, NH. His explanation of the car’s condition showed that he was not only intimately familiar with the car, but also that he had a true passion for it. That was all I needed to hear, and the car was soon being loaded on a trailer, yet another COVID refugee fleeing the cold, crowded northeast heading for sunny South Florida.

I have spent much of my free time in the last year learning the art of working on a car that first rolled out of the factory in Zuffenhausen, Germany when I was still in high school. And during that time, I faced a multitude of obstacles, some of which were easier to overcome than others — rust, inaccessible bolts and screws, an oil leak, a failing air conditioning system, a seized power window motor, and so on.

As I struggled with and eventually conquered each of these mechanical problems, the lessons of Zen began to resonate. For example, in Zen, the following themes (among many others) are interwoven throughout Pirsig’s road trip:

In almost every project I have undertaken on the Porsche, some or all of these considerations have been essential to my ultimate success. Taking a break from a problem to reduce hyperfocus? You bet. This proved to be the key in ultimately replacing the tiny lightbulbs behind the dashboard while upside down — head jammed against the brake pedal — holding each of the bulbs with a pair of long, curved surgical forceps. Focusing on the journey not the destination? Absolutely. Ripping out all of the A/C hoses would have been faster had I not paid attention to how they were routed as I went along. But putting the system back together again would have been far more difficult. Combatting impatience? Of course.

But now consider how the teachings in Zen might make mediations more effective. Ever been to a mediation where either egotism, anxiety, boredom or impatience didn’t somehow come into play? Me neither. Recognizing and effectively dealing with these emotions is crucial to a successful outcome at mediation. How about hyperfocus? Clearly, there are times when one or both parties at mediation may be focused on tangential issues. Again, it is the job of an effective mediator to attempt to re-focus the parties on the issues that matter. And what about the impediment of not having all the information necessary to succeed? Here again, Pirsig’s observation is directly relatable to mediation, where part of a mediator’s job is to identify gaps in information so that they can be addressed by the parties.