So Close, Yet So Far

You have been in mediation for several hours representing one of the parties in a hotly contested case. 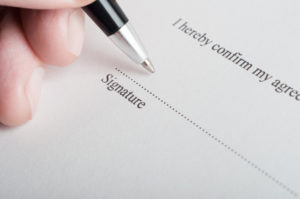 Because we are still dealing with the Covid-19 Pandemic (Thanks Delta and Omicron!), chances are this mediation is taking place remotely via Zoom or some other form of video conference. After working hard to resolve all the issues in the case, a tentative settlement agreement is reached between the parties on the substantive terms. You and opposing counsel begin the process of drafting the written agreement. But this mediation has gone on longer than your client anticipated, and your client tells you they need to leave the mediation conference. Your client instructs you to get the settlement agreement written up then email it to them so they can sign it. You get all the language worked out with opposing counsel and write up the settlement agreement. It is signed by you, the other party and their counsel. You call your client and tell them that the agreement has been written up and emailed to them for their signature. But, your client informs you that they are busy and will look at it tomorrow. The next day your client calls you and tells you that they spoke to their brother’s co-worker’s cousin’s ex-boyfriend, and that guy said this was a bad deal. As you are asking yourself, “who the heck is this guy, and what the heck did he say to my client!?”, your client informs you that they will not sign the agreement, despite the fact they verbally agreed to the material terms at mediation, and this agreement was signed by you, the other party and their counsel. Do you have an enforceable agreement?

Unfortunately, you do not. Florida Rule of Civil Procedure 1.730 covers completion of mediation. Subsection (b) of the rule states in part, “If a partial or final settlement is reached, it shall be reduced to writing and signed by the parties and their counsel, if any.” Based on this language, various appellate courts have found that if a mediation conference takes place, and a written agreement is reached, but not signed by all the parties themselves, there is no enforceable agreement, even if it was signed by all counsel, and counsel signed in the presence of their respective party. See eg., Gordon v. Royal Caribbean Cruises Ltd., 641 So.2d 515 (Fla. 3rd DCA 1994) and City of Delray Beach v. Keiser, 699 So.2d 855 (Fla. 4th DCA 1997).