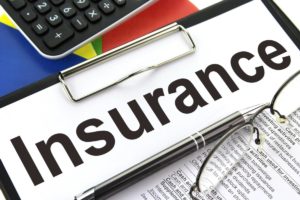 Mediation is a non-binding process in which a neutral third party helps you and your insurance company to reach a mutual agreement over an insurance dispute. Florida law allows parties to an insurance dispute to participate in mediation for several types of insurance claims. Mediation is implemented by mediators who possess an active certification as a Florida Supreme Court Certified Circuit Court Mediator. Mediation services can assist a policyholder in resolving an insurance claim before a policyholder feels the need to file a lawsuit.  The mediation process allows the insured individual to meet in person with the insurer and an impartial Certified Mediator to resolve the parties’ differences.  If the insurer or the insured person wishes to engage in mediation, they may request to initiate the mediation.  The mediator then takes the necessary steps to encourage and assist in resolving the dispute. During the mediation, nothing that an insured person or the insured says can be used against them in any later proceedings.  Neither the insured person nor the insurance company is legally obliged to accept the results of the mediation conference. In the circumstances, participating in mediation does not affect your right to sue or engage in binding arbitration if the mediation fails. Where mediation is successful, and the policyholder and insurer gets a favorable outcome, it helps avoid litigation, which is often expensive and time-consuming.

The Nature of the Mediation Process

Although the outcome of a mediation conference is not legally binding, the mediation process can effectively settle disagreements between the insured persons and their insurance companies if both sides act honestly and fairly during the proceedings. The following are important facts to know regarding the mediation process in Fort Lauderdale:

It is important to note that an insured person can bring an attorney to a mediation meeting, but advanced notice to the insurance company is required. The insurer must cover all costs related to the mediation session.

Who May be Qualified to Engage in a Mediation Conference in Fort Lauderdale?

Regarding homeowners’ insurance, both the policyholder and the insurance company can initiate mediation proceedings regarding disputed residential property claims of more than five hundred dollars, including claim denials; however, flood claims are ineligible for mediation. Some claims are disqualified from mediation when complaints of fraud are involved. Other claims are disqualified when the injured party and the insurer both agree that the cause of the loss is not within the covered terms. If the homeowners opt to engage in mediation, insurance companies can no longer compel the homeowners to conduct appraisals, which are legally binding and are usually not in the best interests of the policyholders.

In South Florida, mediation is available to individuals who file claims with insurers to cover property damage of any amount or physical injuries of up to ten thousand dollars. It also extends to injuries covered under personal injury protection (PIP), an extension of car insurance, which covers medical expenses and sometimes lost wages and other damages incurred. Both the policyholders and insurance providers can ask for mediation before starting legal proceedings or appraisal procedures. The insured person may have an attorney present at a mediation conference but must notify the insurance company in advance.

As mentioned above, the outcome of mediation is non-binding, and neither the insurance company nor the policyholder is legally obliged to accept an offer that they view as inadequate. If a settlement is reached, the insured person has three days to refuse the offer, provided that the check has not been deposited.

Both claims by an individual against an insurance company (first-party and third-party claims) are eligible for mediation. Generally speaking, the cost of mediation in the Fort Lauderdale area is approximately four hundred twenty-five dollars per hour.

Fort Lauderdale is a city in South Florida that is home to nearly 200,000 people. The city is managed by a City Commission of five elected members, including the Mayor and four District Commission members. Fort Lauderdale is the largest city and the County hub for Broward County, Florida. The city is 25 miles north of Miami, and the area is known for gorgeous boating canals and stunning beaches.

Fort Lauderdale has more than 100 different marinas, nearly 300 campsites, over 4,000 restaurants, about 150 nightclubs, and almost 20 museums for residents to enjoy. The city is a popular tourist destination, and it has an average year-round temperature of 75.5 °F (24.2 °C). The Fort Lauderdale metropolitan has a high rate of foreclosures of one filing per 48 households per quarter, and it ranks in the top 10 in the rankings of metropolitan areas with the highest rates of foreclosures in Florida. Fort Lauderdale is a major manufacturing and maintenance center for yachts employing more than 109,000 people.

Facebook0Tweet0Pin0LinkedIn0Email0
Share this ArticleLike this article? Email it to a friend!
Email sent!