Listen Up: Words of Wisdom from Jane Goodall

Jane Goodall is neither a lawyer nor a mediator, but a truly remarkable person nonetheless. 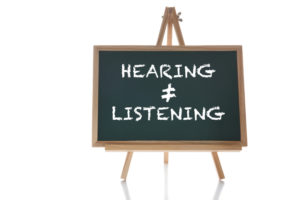 Goodall is an acclaimed scientist and naturalist who, back in the 1960s, decided that she wanted to better understand chimpanzees and their unique genetic kinship to humans. But rather than conduct research about chimpanzees or study them in a sterile lab at some research university, Goodall immersed herself in their habitat. In 1960, she began studying the Kasakela chimpanzee community in Gombe Stream National Park, Tanzania. Her groundbreaking research while in Africa uncovered striking similarities between humans and chimpanzees, including close ties in emotion, intelligence, and family and social relationships. At the age of 87, Goodall continues to advocate on behalf of the environment.

But what can Jane Goodall teach us about avoiding impasse at mediation? A fair amount, it seems. Goodall is credited with the following quote:

Change happens by listening and then starting a dialogue with the people who are doing something you don’t believe is right.

Impasse signals the end of change – a roadblock, i.e., no further action. The end. And for that reason, Jane Goodall’s words have profound meaning in the context of impasse.

Oftentimes, an impasse results not from a lack of talking, but rather from a lack of listening. In the legal profession, we are all comfortable with advocating on behalf of our client and explaining why we believe our client’s position is the correct one. And to be sure, such advocacy is an integral and necessary part of mediation. But it’s just a part.

Frankly, the more challenging part of mediation is being able to listen. In an attempt to assist parties in honing their listening skills, I often implore them – when listening to the other side’s presentation – to avoid thinking “that’s not right” and instead to ask themselves “could that be right?” It’s a subtle difference, but an important one. By asking yourself “could that be right?”, it forces us to listen to the other side’s position, think about the facts and the law as we understand them, examine our assumptions and ultimately to think critically about the case. It’s much easier to simply dismiss the other side’s position out of hand.

The failure to listen leads to a host of problems at mediation and vastly increases the likelihood of an impasse. Why? First and foremost, it’s simply human nature that we want our voice to be heard. When we feel like we’re not being heard, it’s also human nature that we begin to feel angry, frustrated and resentful. Worse yet, our position hardens. Think about the last heated conversation you had with a customer service representative at a cable provider or medical office. And now think about how that conversation might have gone if the representative was genuinely listening to your problem with an empathetic ear, even if the end result was the same.

In the face of two competing positions that can never ultimately be reconciled, listening helps to avoid deadlock. When we don’t listen, it becomes difficult to give the other side a well-reasoned response to their argument, since that requires understanding their position in the first instance. If the response is simply “no”, “you’re wrong”, etc., the other side perceives that they are not being heard. By contrast, a well-reasoned response to the argument being presented by the other side – even if rejected – serves to assure the party making the argument that the folks in the other room are at the very least engaged, listening and operating in good faith. It is this kind of mutual trust and respect that can break deadlocks and achieve settlements.

Mediation necessarily functions as a unique opportunity to learn more about the case. For this reason, it seems counterproductive for a party to limit or hinder communications from the mediator, who is gathering information directly from the opposing party in the next room. Given confidentiality concerns, and concerns relating to controlling emotions that tend to derail mediations (anger, boredom, frustration, etc.), mediators choose their words carefully. Ignoring or dismissing those words (and the subtle non-verbal communication that may accompany them) should be done with caution, as the mediator’s words may be the key to avoiding an impasse.

Jane Goodall understood that there can be no progress without dialogue, and that an indispensable component of dialogue is listening. In mediation, listening sometimes takes a backseat to its more glamorous sibling — talking. But listening is the “yin” to talking’s “yang” – both are indispensable to the mediation process.