Go ahead, Make My Day (By Settling Your Case): Movie Quotes and Mediation “Dont’s”

One of my favorite movie lines is from Casablanca,1 considered by many to be the greatest movie ever made. If you 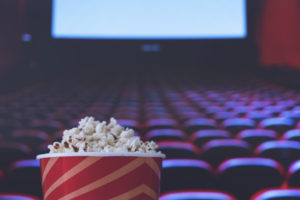 haven’t seen it, I urge you find some quiet time this weekend, pop some popcorn, dim the lights, and watch it. You won’t regret it.

The movie revolves around American ex-pat Rick Blaine (Humphrey Bogart) who runs a nightclub in Vichy-controlled Casablanca during World War II. Ultimately, he must choose between his love for Ilsa Lund (Ingrid Bergman), or helping Ilsa and her husband (a Czech resistance leader) get out of the city to continue fighting the Nazis.

Towards the end of the movie, the corrupt Capt. Renault, head of the local police, witnesses Rick shoot a Nazi official in order to help Ilsa and her husband escape Casablanca. However, despite Renault’s cozy relationship with the Nazis for most of the movie, he covers for Rick and orders his men to “round up the usual suspects.” It’s a classic line, and shows that Renault is not so bad after all – or at least that he finally figured who the real enemy is.

Like Capt. Renault, I have rounded up some “usual suspects” of my own for this article. These suspects, however, are being charged with a different crime, i.e., exhibiting behaviors that tend to make mediations less likely to result in settlement. When displayed at mediation, these behaviors result in less time spent on constructive problem solving, more time spent exchanging positions rather than understanding interests, more talking and less listening, and a diminished opportunity to settle the case.

We can all agree that there have been some great cinematic courtroom scenes – Atticus Finch (Gregory Peck) cross-examining Mayella in To Kill A Mockingbird (1962)2; or the riveting closing argument by alcoholic lawyer Frank Galvin (Paul Newman) in The Verdict (1982)3. But my personal favorite is the courtroom scene at the end of A Few Good Men (1992), when Lt. Dan Kaffee (Tom Cruise) is questioning Col. Nathan Jessup (Jack Nicholson) on the witness stand.

During the examination, Col. Jessup becomes increasingly angry and frustrated. Lt. Kaffee nevertheless decides to press forward, despite the risk that pushing Jessup (a superior officer) too far during a court-martial proceeding could end his military career. As the tension in the courtroom reaches a crescendo, Kaffee demands that Jessup tell him the truth. In response, Jessup — with utter contempt in his eyes – tells Kaffee, “You can’t handle the truth.” Shortly thereafter, Jessup implicates himself and is escorted of the courtroom by the military police.

The truth (at least as each side – in good faith – sees it) is important at mediation. It is important because, to reach a settlement, each side must have a certain degree of trust in the other side. Let’s face it, a settlement requires a leap of faith by both sides, and therefore mutual trust is a key building block in any successful mediation.

Misrepresentations about the facts or the law, even if unintentional, erode trust and thereby decrease the chances of settlement. Of course, zealous advocacy and the truth are not mutually exclusive. Two lawyers – both acting in good faith – can have very different interpretations of the caselaw or the facts of the dispute. But in order to maintain the requisite degree of mutual trust to set the stage for a settlement, all mediation participants (including mediators!!) should – with due regard for applicable law and the rules of professional conduct – strive to set forth their respective positions in a manner that avoids misrepresentations.

The 1980’s – a decade of conspicuous consumption. Movies reflected the prevailing ethos of the time, giving us characters with a near-obsession for “getting ahead.” Working Girl (1988)4 told the story of a secretary (Melanie Griffith) who pretended to be her boss, an investment banker, to advance her career. And in An Officer and a Gentleman (1982)5, Richard Gere portrayed Zack Mayo, a gutsy working-class officer candidate in the Navy who demonstrates a relentless commitment to becoming a naval aviator.

But movies in the 1980’s also warned us about the dangers of a take-no-prisoners approach to the pursuit of financial gain. There is no better example of this than Oliver Stone’s 1985 blockbuster hit Wall Street6, in which Bud Fox (Charlie Sheen) loses sight of his principles while being groomed by corrupt Wall Street titan Gordon Gecko (Michael Douglas).

At a shareholder meeting of Teldar Paper, Gecko is given an opportunity to make a speech in which he seeks to persuade investors to accept his takeover bid. During this speech, Gecko eloquently defends his business practices with a dissertation on greed, saying that “greed – for lack of a better word – is good.” But is greed at mediation a good thing? As with many such questions in law, it depends upon how one defines “greed.”

According to Merriam-Webster, “greed” is “a selfish and excessive desire for more of something (such as money) than is needed.” The key word in the above-cited definition is “selfish.” Defined in this way, it becomes readily apparent that greed is counter-productive at mediation.

Mediation is a collaborative rather than an adversarial process. If it is to be successful, mediation requires that opposing sides work together in a cooperative fashion in order to reach a resolution that satisfies their respective interests. Selfishness reduces one’s ability to understand competing positions and empathize with those sitting across the table. In other words, “greed” may not be so good after all, a lesson that young Bud Fox learned the hard way.

In 1976, Americans celebrated the country’s bicentennial – tall ships filled New York Harbor, elaborate parades were held and fireworks lit up the sky. This celebration was a welcome respite for a country that was still reeling from Watergate and the Vietnam War, not to mention high oil prices and years of stagflation.7 Such was the backdrop for the 1976 movie Network.8

In this satirical, over-the-top look at the network news, binge-drinking news anchorman Howard Beale (Peter Finch) learns that he’s going to be fired due to poor ratings. In response, he makes a half-joking offer to kill himself on nationwide television. Viewers were intrigued, and the network’s ratings-hungry producer (Faye Dunaway) sees a golden opportunity. Beale is given his own show as “the mad prophet of the air-waves,” appearing live on television every weekday evening to tell the real truth to the people of America.

During one of his broadcasts, Beale gives what is probably the most famous rant in movie history. Teetering on the brink of insanity, he takes aim at unemployment (“verybody’s out of work or scared of losing their job”), inflation (“… the dollar buys a nickel’s worth”), crime (“hopkeepers keep a gun under the counter”), pollution (“e know the air is unfit to breathe”) and the state of society in general. He eventually implores his viewers to open their windows and shout, “I’m as mad as Hell, and I’m not going to take this anymore.”

In the mediation context, anger is a particularly destructive emotion if a settlement is to be reached. In order to appreciate this, it is helpful to examine the physiological nature of anger.

We know that anger signals the body to prepare for a fight. This reaction is commonly classified as “fight or flight.” When someone gets angry, adrenaline and other hormones are released into the bloodstream. The heart rate increases, which increases oxygen flow to major muscles. Pain perception drops, and hearing sharpens.

Of course, all of this was quite useful to our ancient ancestors when faced with danger in their environment. They could either fight or flee. But mediation does not present clearly-defined choices like fight or flee. Instead, it presents an almost infinite number of choices, each one requiring analysis, introspection, empathy, prediction of likely outcomes and each party’s own view of what constitutes a just and fair settlement. Anger – by its nature – is incompatible with these tasks. It tends to force us into black-and-white thinking, e.g., it’s “my way or the highway,” rather than allowing us to see all of the grey areas that inevitably shape a legal dispute.

As Forrest Gump9 said, life is like a box of chocolates – you never know what you’re going to get. So too with mediation. But avoiding the exploits of Col. Jessup, Gordon Gecko and Howard Beale will help to ensure that your mediation has a Hollywood-style happy ending.

3 Academy Awards for Best Picture, Best Actor in a Leading role (Paul Newman), Best Actor in a Supporting Role (James Mason), Best Director, and Best Writing, Screenplay Based on Material from Another Medium.

5 Academy Awards for Best Actor in a Supporting Role (Louis Gossett Jr.), Best Music, Original Song (“Up Where We Belong”).

7 “Stagflation” is a combination of the words stagnation and inflation. It describes an economic condition characterized by slow growth and high unemployment (economic stagnation) mixed with rising prices (inflation).