Can Your Mediator Find The 18th Horse? 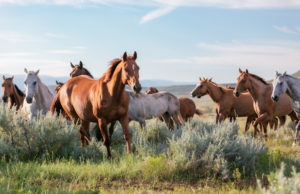 you are faced with a difficult fact pattern. It goes like this:

I love this proverb because it teaches us that there are no limits on how to approach a difficult issue. I always say, more often than not, mediation isn’t about finding a solution. It’s about identifying the problem. Once the problem is identified, the solution will present itself. In this proverb, that’s exactly what the other rancher did. He identified the problem then the solution presented itself, albeit in an unconventional way. He just needed a way to make the math work. Adding his own horse which he was able to take back, made the math work for the sons and everyone was happy.

Sometimes after you identify the problem, the solution that presents itself is an unconventional one. But, if you rigidly limit yourself to think only in conventional terms, you’ll miss it. You have to be willing to think outside the box and approach a problem in an unconventional way. This applies to difficult issues encountered at mediation, especially those with rare and unusual fact patterns.

So, what’s the moral to the story? You need a mediator who can not only identify the problem, but, if need be, think outside the box and find that 18th horse!